Arcadiy has been telling me about how wonderful Barcelona is for years. He fell in love with the city after a study abroad trip in college, putting it the “must” category of cities for our trip. We also knew we wanted to spend a large amount of time in town in order to see all of the main sights and still be able to take some days off from touristing. So that’s what we did!

As usual, we spent a lot of our time walking around the city. One day we even walked along the diagonal street from one end of the city to the other, for funsies. 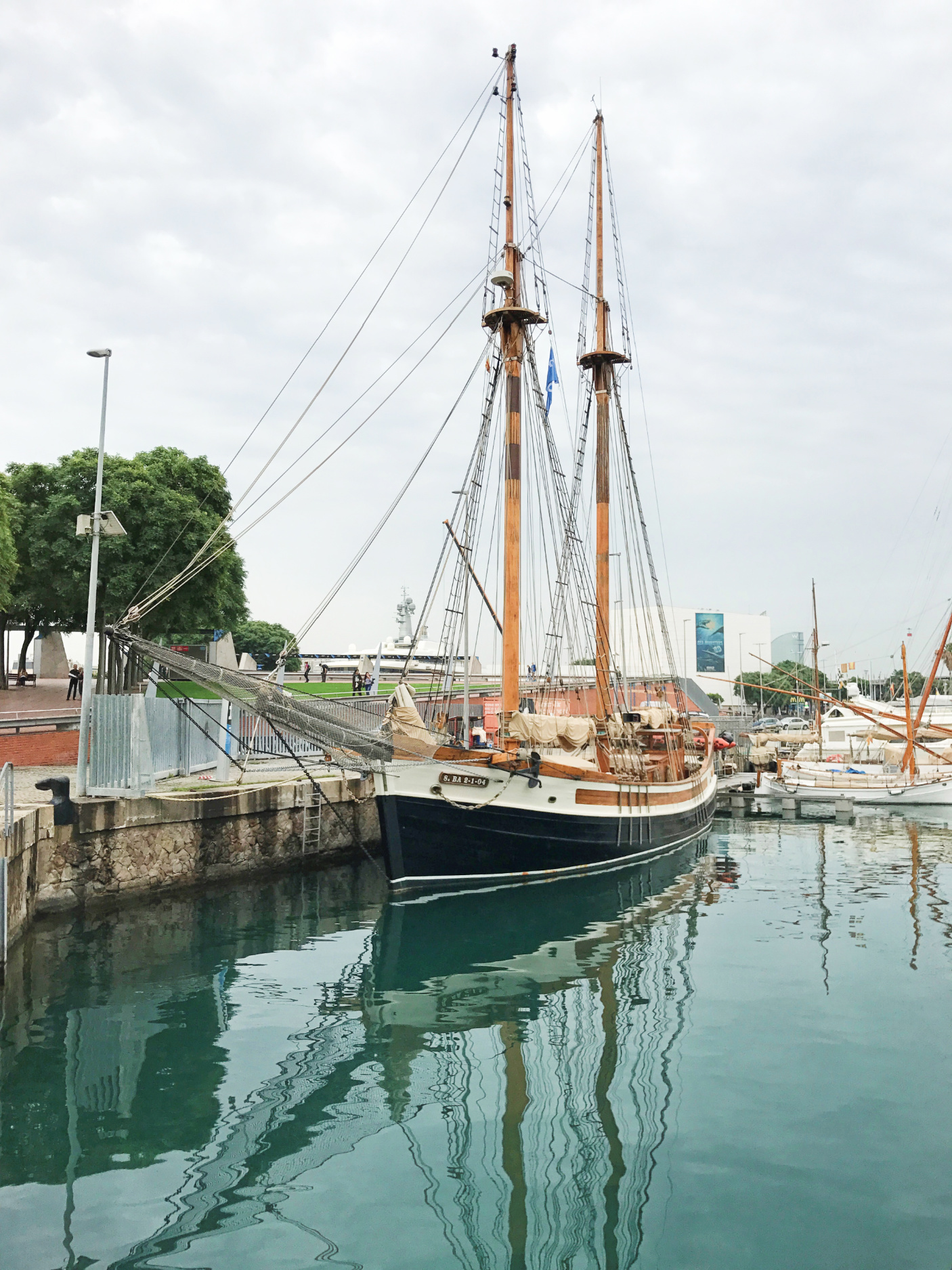 One of many residential buildings in the city designed by Gaudi, La Pedrera is hard to miss when walking by on the street.

I wasn’t familiar with any of Gaudi’s work before heading to Barcelona and this was our first Gaudi-related stop. All in all, I would say it was a really good introduction to his style.

He even designed some of the furniture for the rooms. 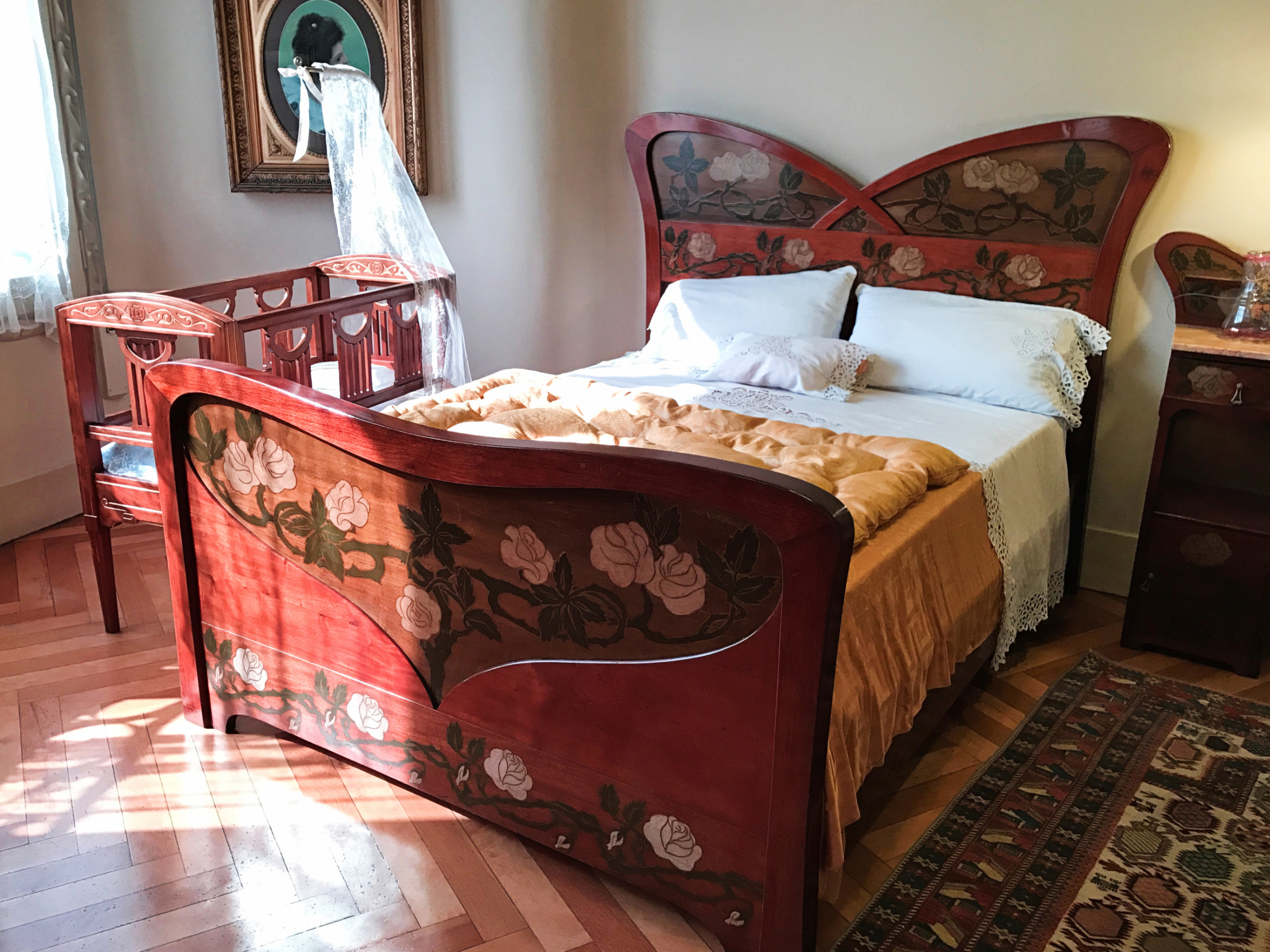 If you’re not familiar with Park Guell, it’s a large park, former housing development, in Barcelona that was designed by Gaudi. Only a couple houses were built before the project was abandoned and the area was turned into a park.

It really is an amazing place and a great way to spend a day in the city. 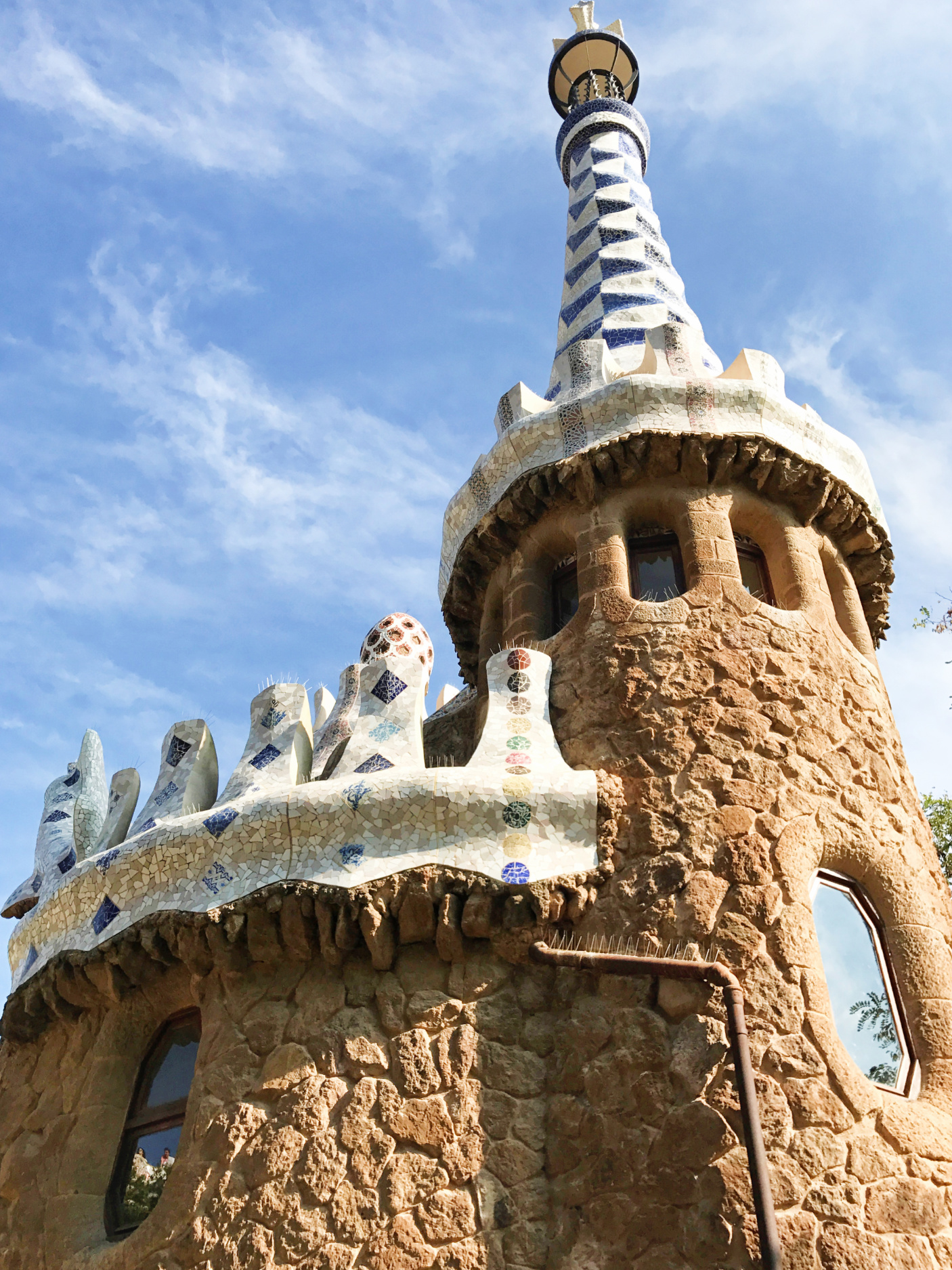 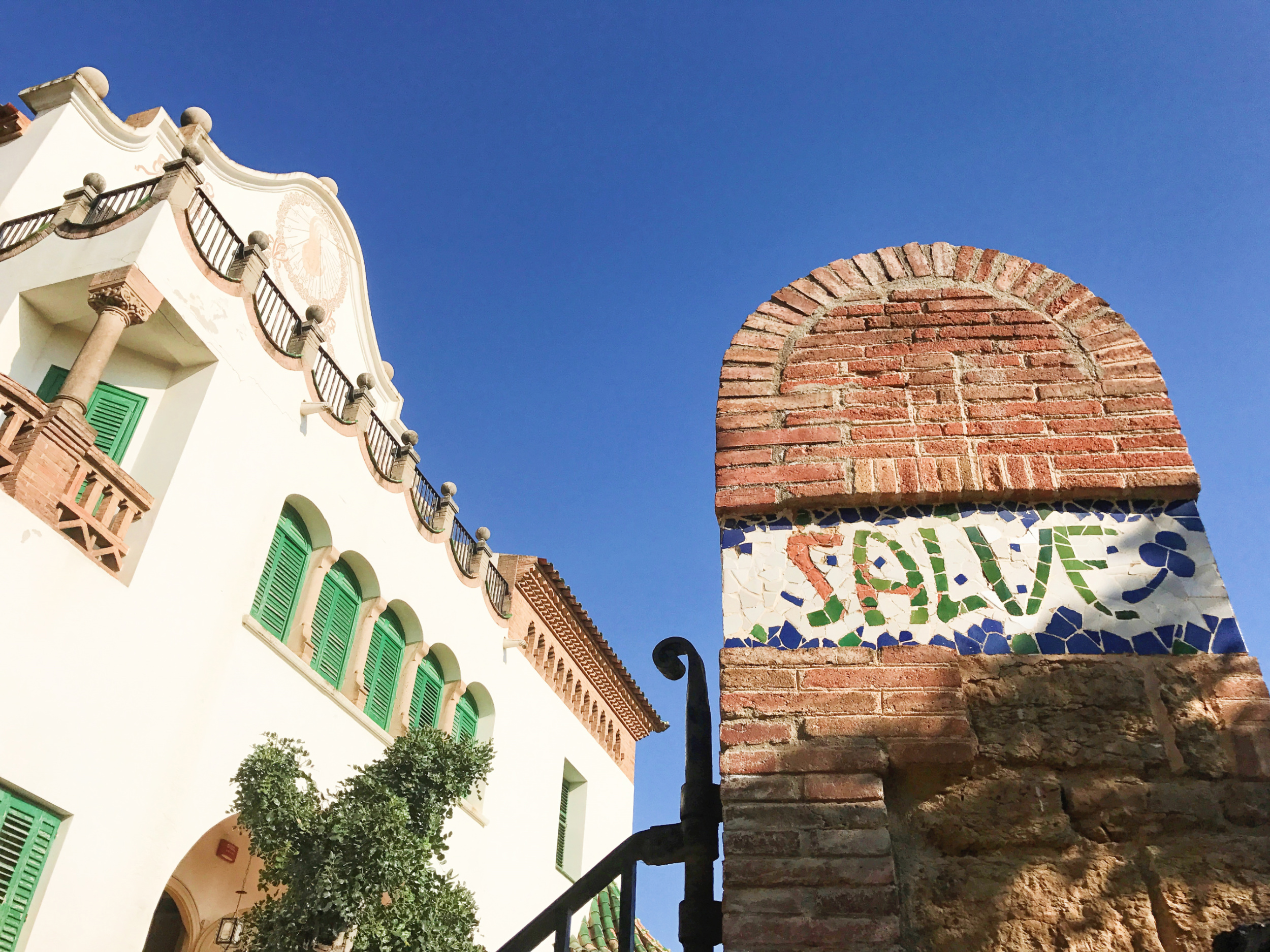 La Sagrada Familia is a cathedral designed by Gaudi. (So much Gaudi!) It’s also (probably) the most famous building in Barcelona, in part because it’s been under construction since 1882. Arcadiy had already visited the last time he was in Barcelona so Mo and I wandered around the cathedral on our own. Of the many cathedrals we’ve visited in our travels, this is one of my favorites. 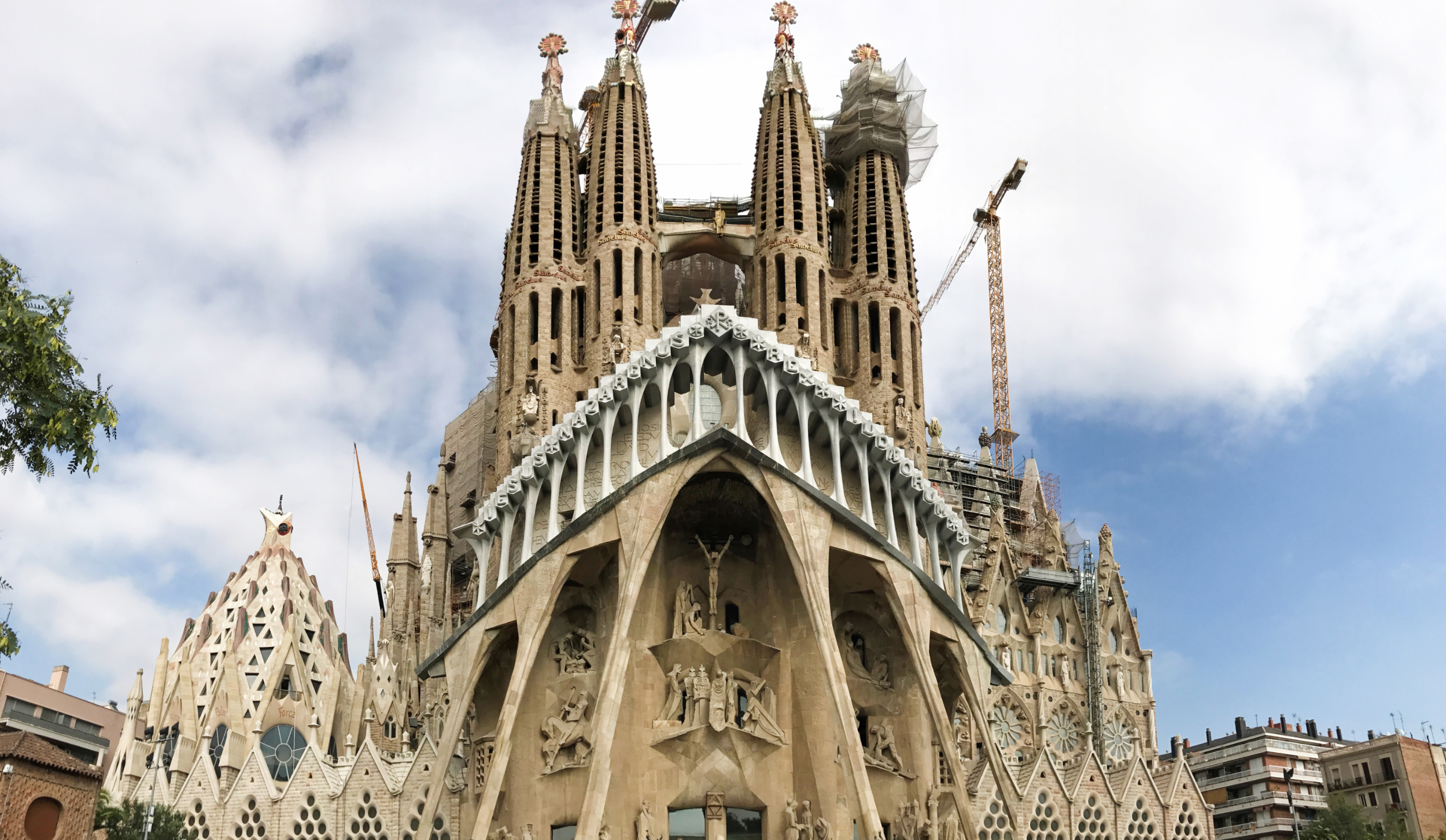 Elements of nature are incorporated throughout the cathedral. For example, various animals are everywhere in the exterior façades and the interior columns and ceiling look like leafy trees. 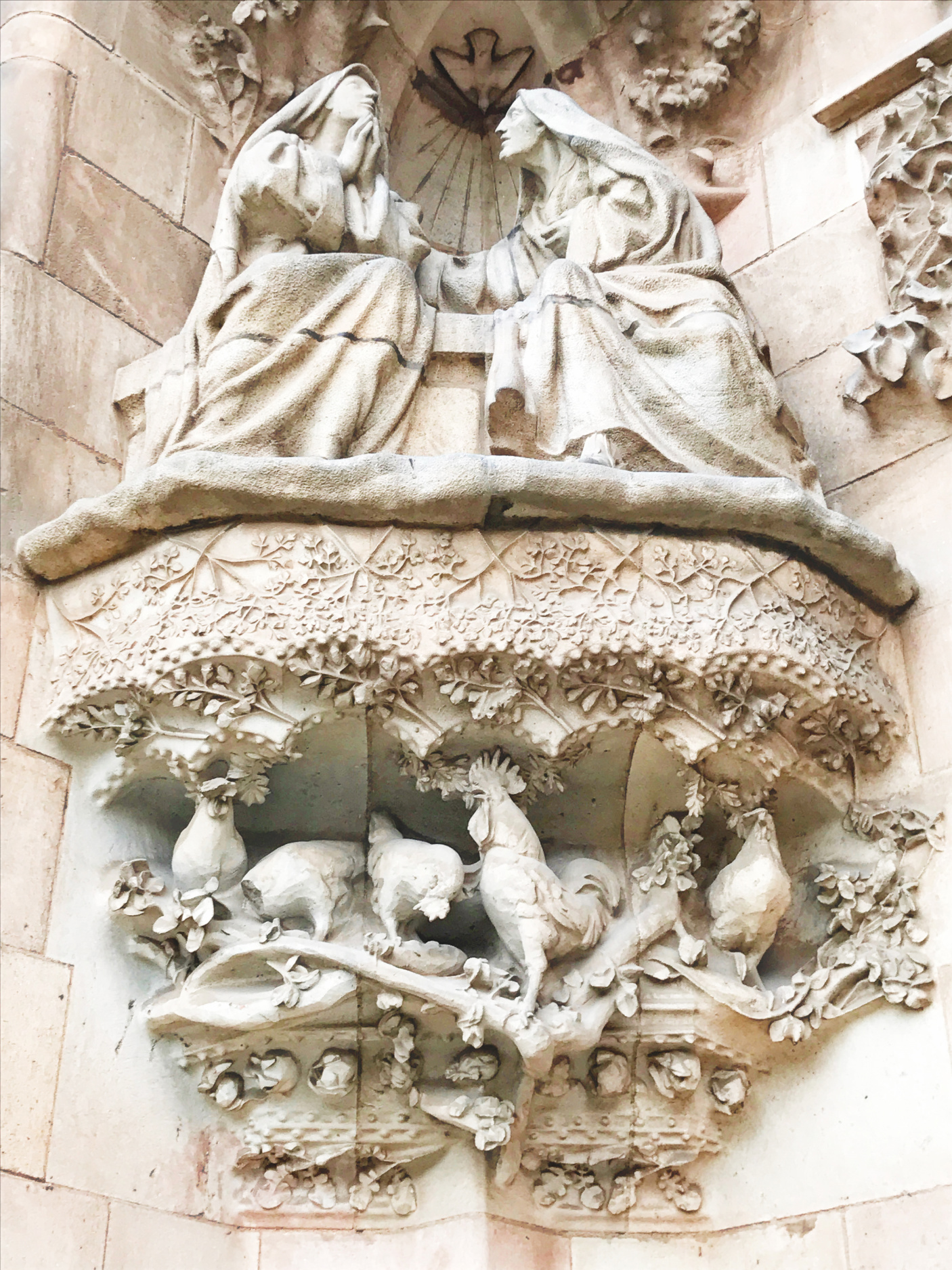 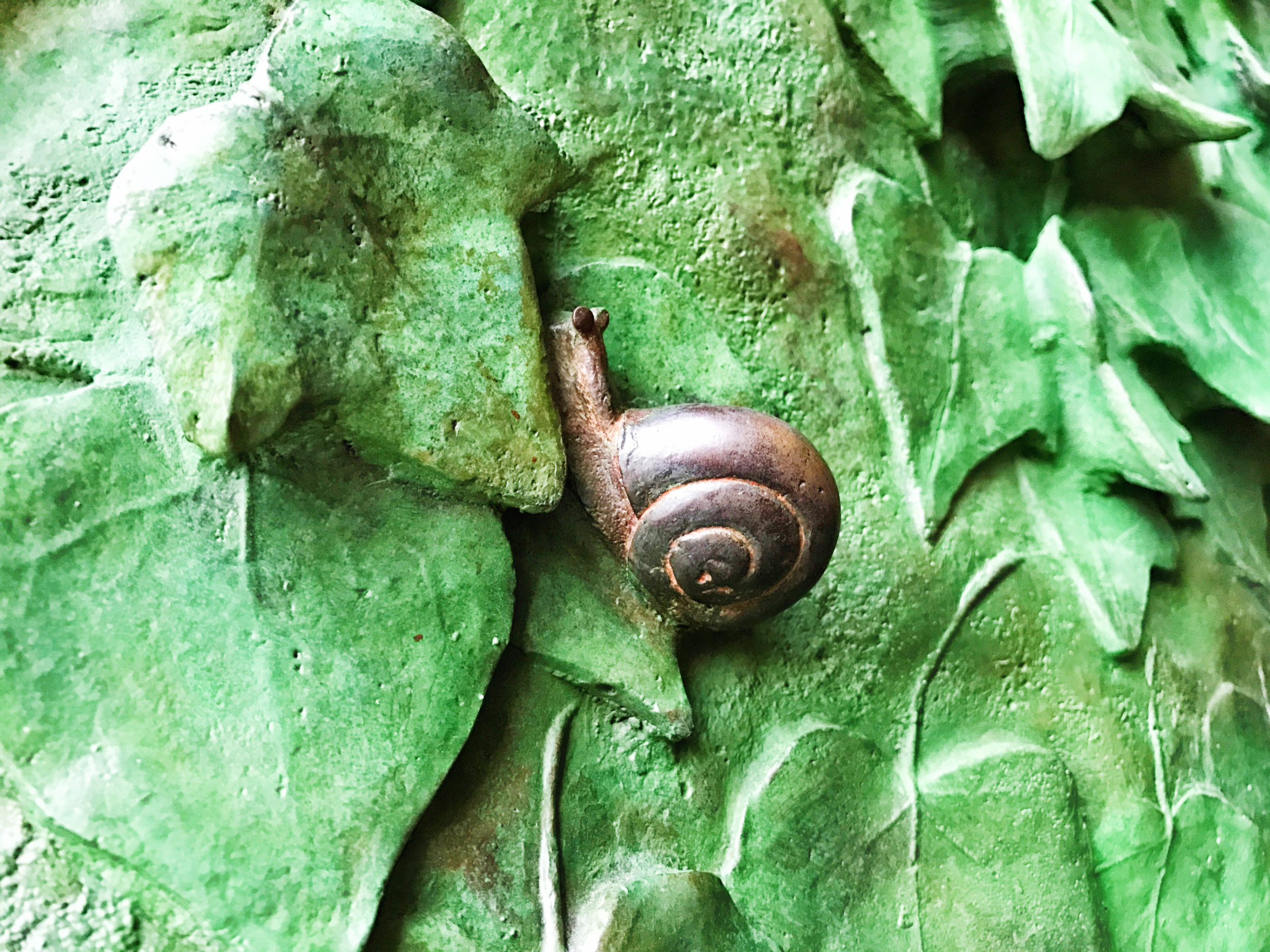 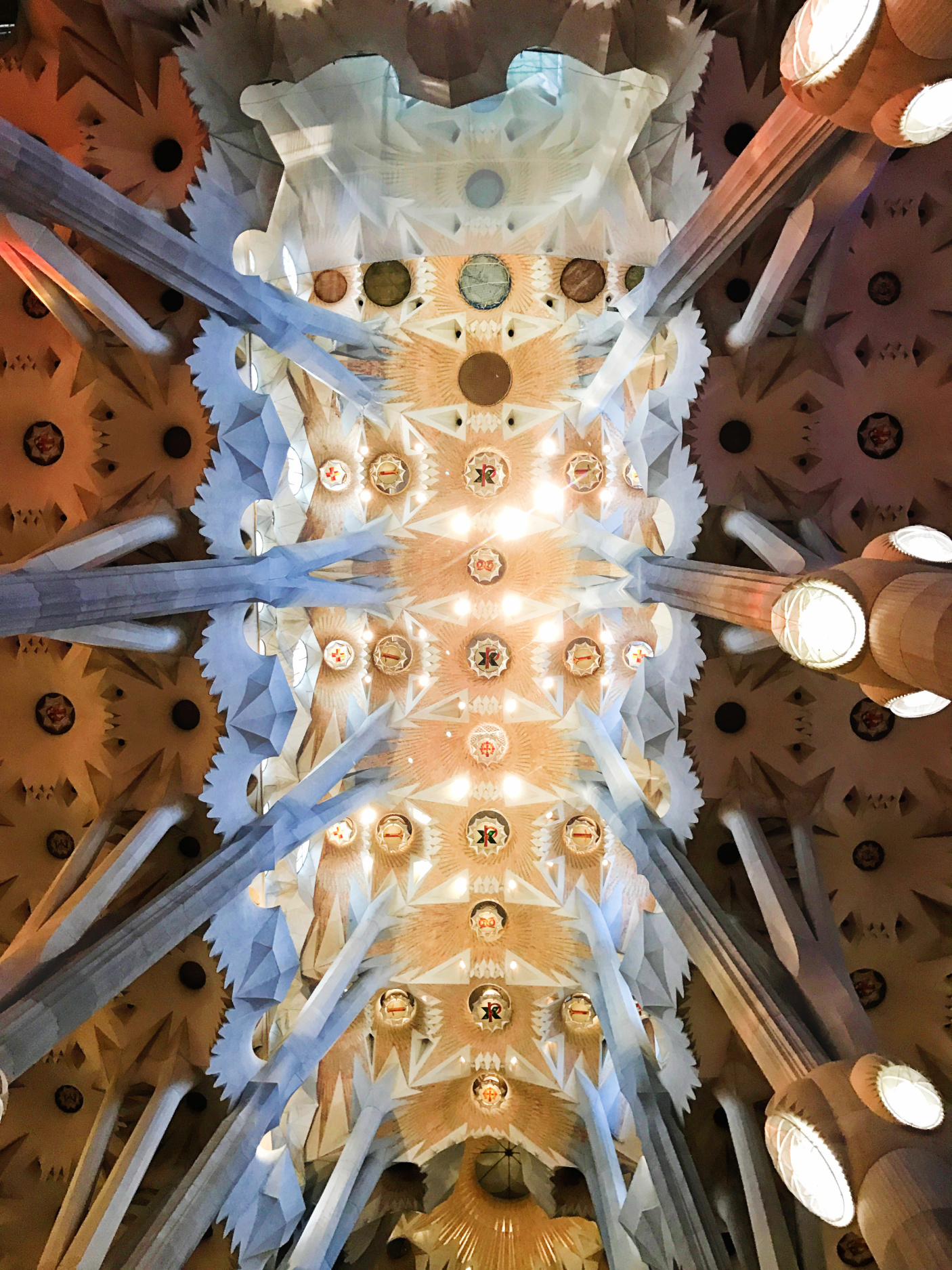 My favorite part was all of the façade work by the exit. 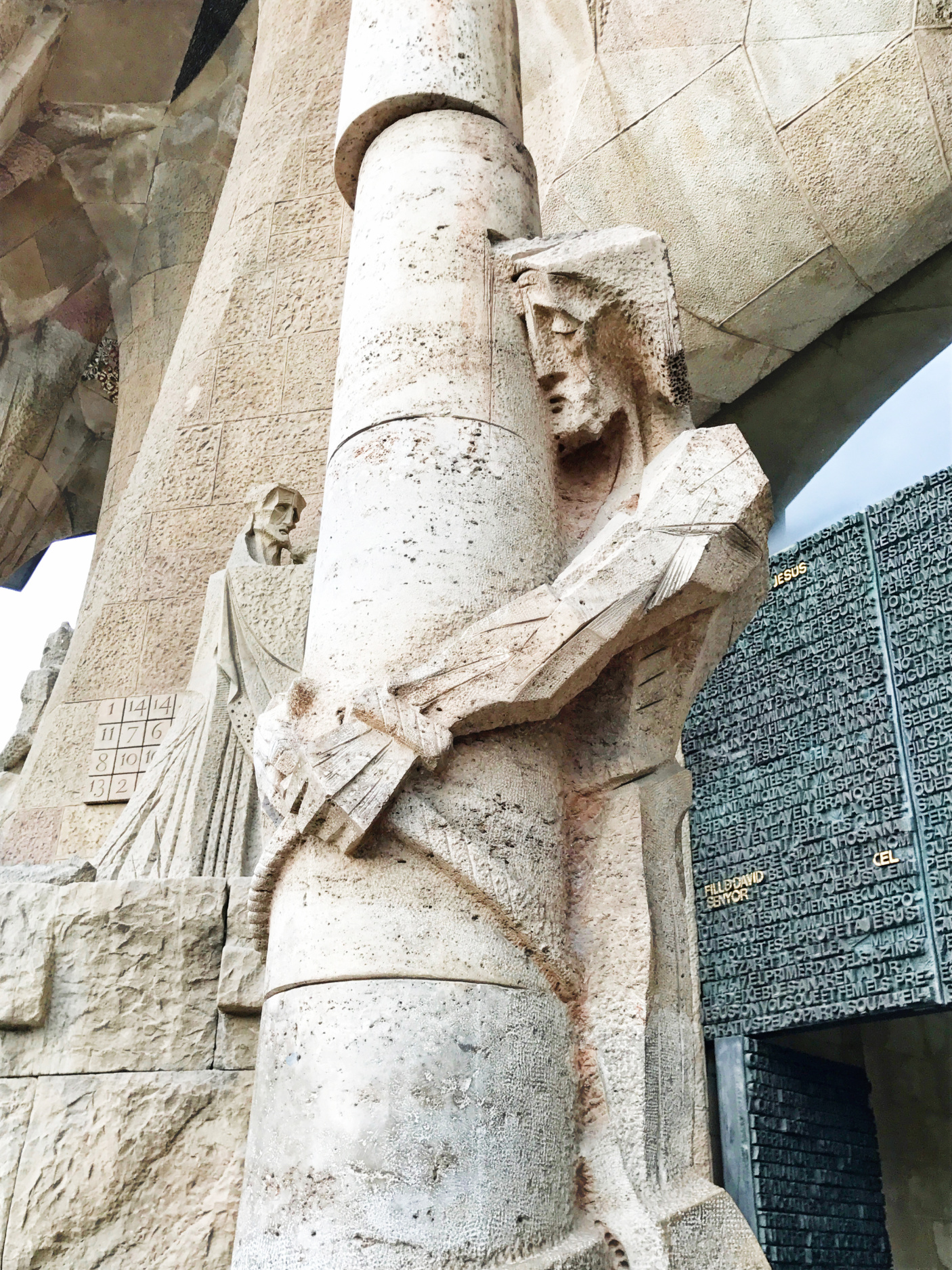 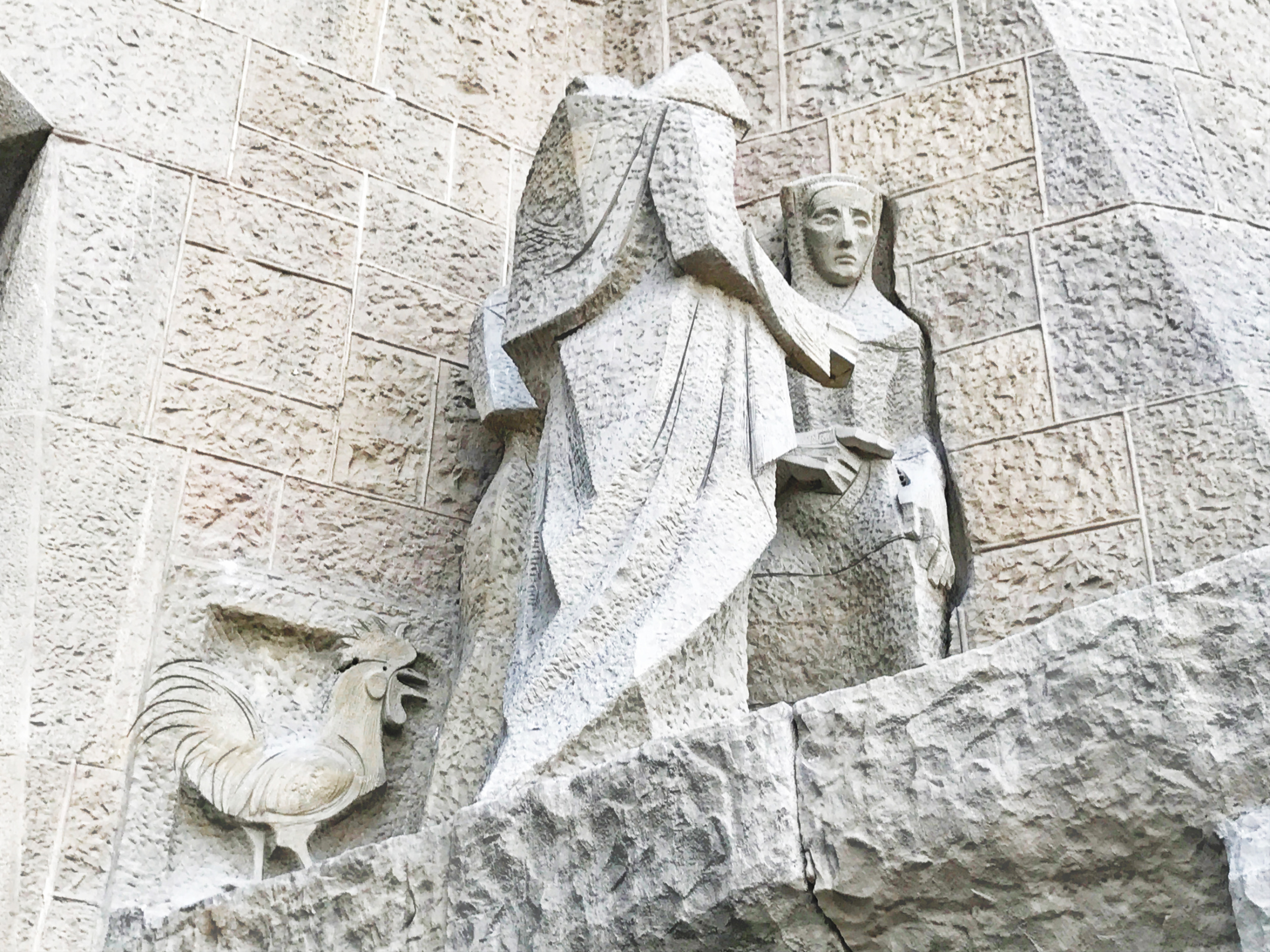 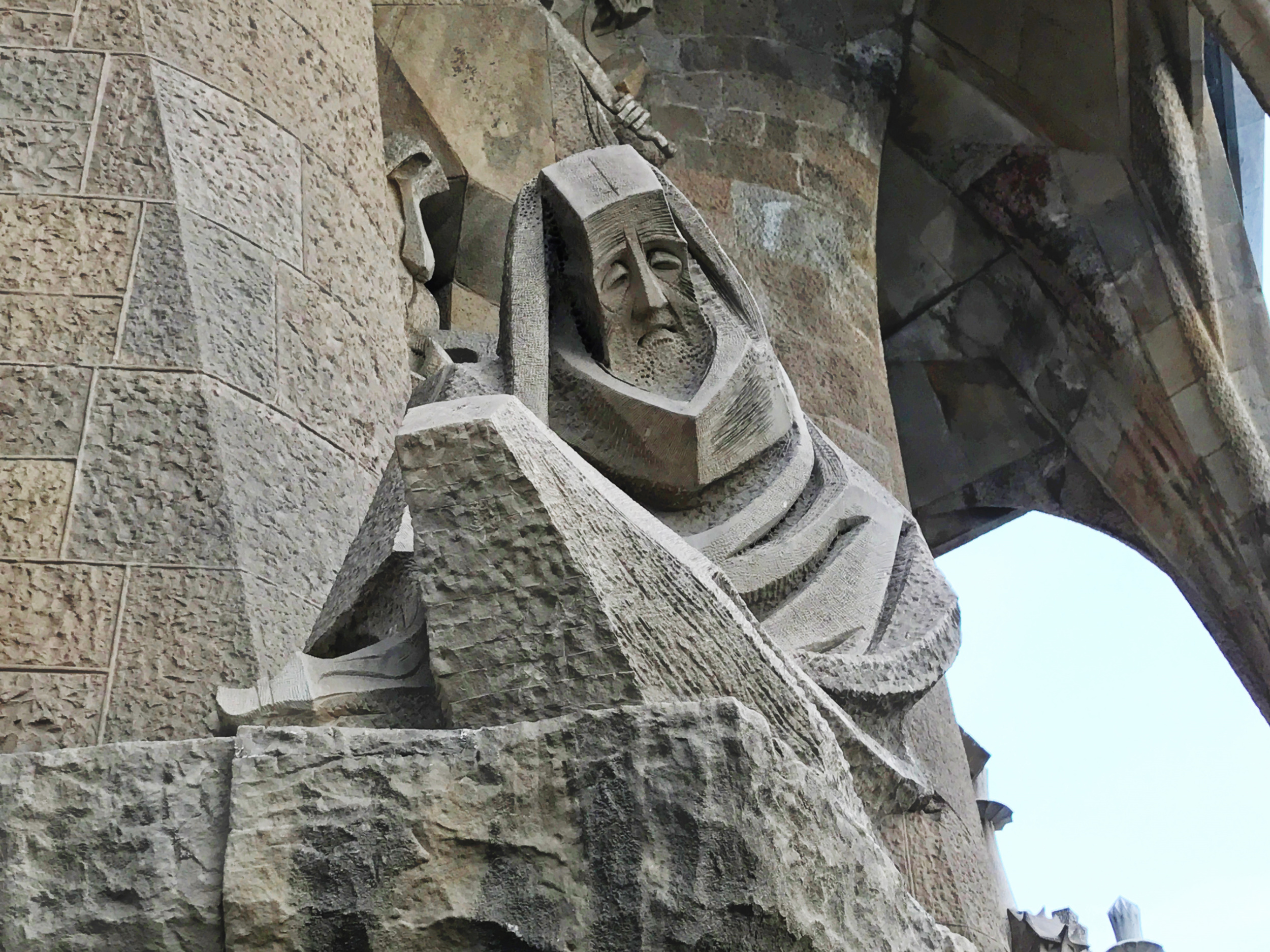 The most exciting part of our time in Barcelona was being able to share in Mo’s 30th birthday celebration. She requested we spend the day partaking in the 3 best things the city has to offer:

You can take a look at the rest of my Barcelona pictures here!